This is generation four of a random legacy.

Go back to Growing Up or Life and Homework.

Oops, I wasn’t fast enough to catch a good pic of Kyle transitioning from toddler.

I left them unattended and they all put themselves to bed, except Karl who was still on the computer playing chess. Amazingly, Kyle claimed the top bunk with no help from me.

With the children growing up so fast and Spring here, Lily tells a friend that she misses dating. Her friend suggested on-line sites.

Kyle loves the outdoors and is lucky enough to live next to a fishing spot.

He’s also right next to a park so he can play tag with all the other kids.

Kristin is celebrating her birthday. That’s the old babysitter as a young adult. She was only a teen when Karl invited her over. 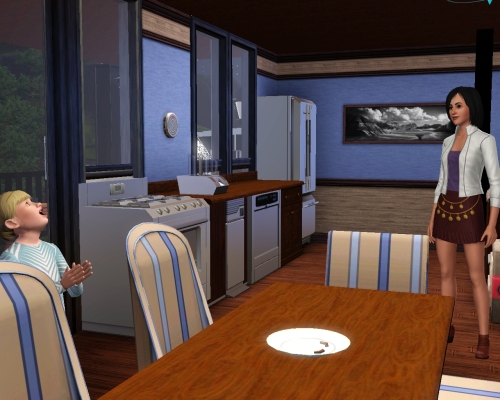 I did catch a very scary pic of Kristin with a bald head and bushy eyebrows. I spared you. This is her running to the dresser after already fixing her hair.

The paparazzi lie in wait for Lily as she gets out off work at the school. 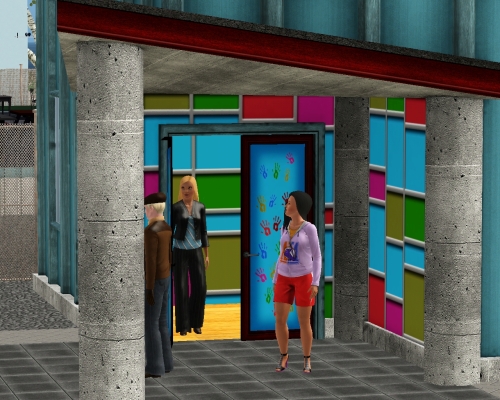 It was a long week with a promotion every day. She drinks the only vial of bliss she has in her backpack. 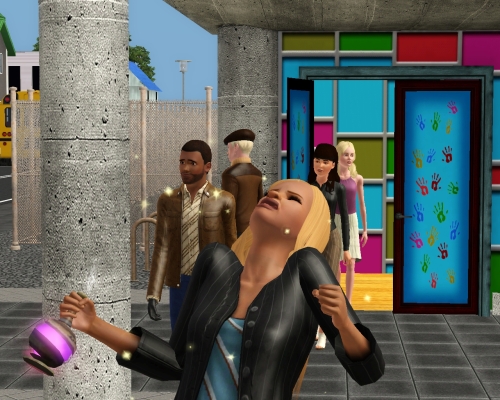 Sorry, Kristin, no bliss for you. Here have an apple. We need some fortification.

Now, you need to learn to drive. So, let’s go shopping. 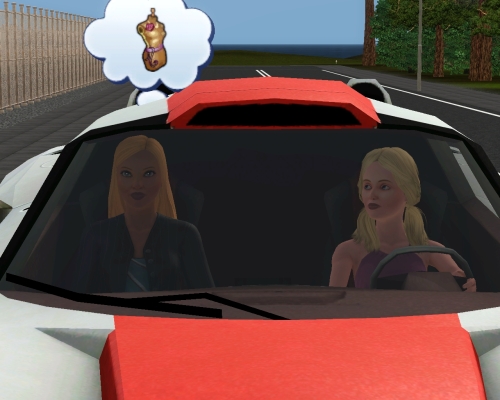 This really is a safer place to load and unload, but why do sims go all the way to the corner first before turning around to head back?

It’s okay Mr. Bus Driver. I’m sure no one will hit me in the crosswalk as I cross the street to get home.

It’s a “hands off” gen for me, which means “hands on” for them. Kyle is helping out and recycling the paper. (Oops, I don’t have a recycle bin.)

Yay! The shopping was great. Now back to the lesson.

Do your sims always jump out of the car before they finish learning to drive? Mine do! 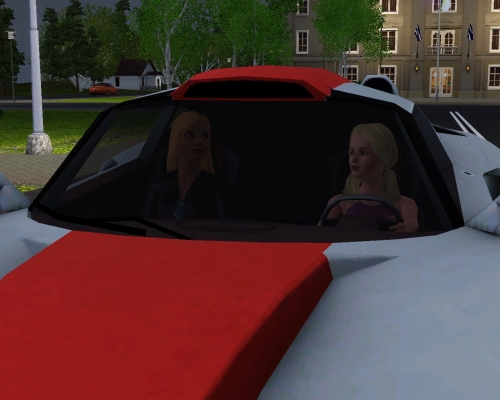 Kyle is baking cookies, his mom’s favorite. He must want something!

Poor Kristin was traumatized by the driving experience. Karl found a bottle of bliss for her in the treasure chest and threw it at her, ’cause that’s what brothers are for. 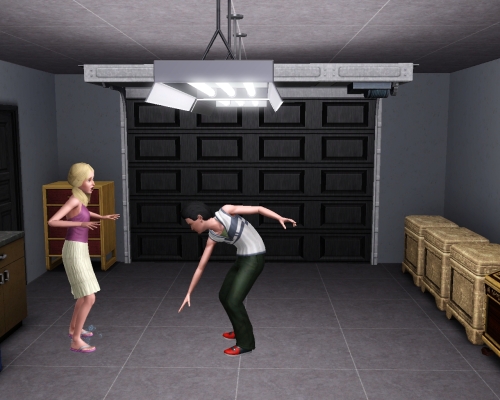 With the drive lessons over for another season, Lily works on getting more logic. 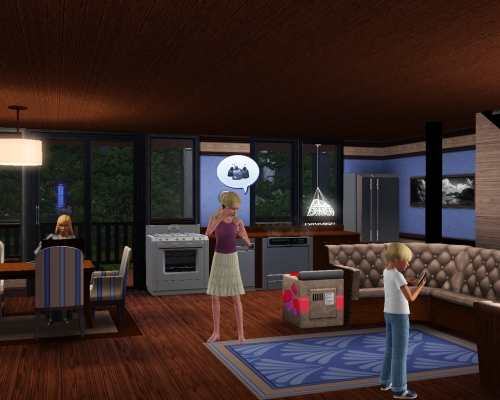 Now that they’ve all had some fun time, it’s time to attack the homework.

Early Saturday morning, before Sims ventured out to the park, Lily went to the library to read about Charisma. Yes, that IS an invisible book and her meter is also invisible. I’m not sure I believe that she is gaining any skill.

She put back the invisible book and went to a different bookcase for a hardback book! 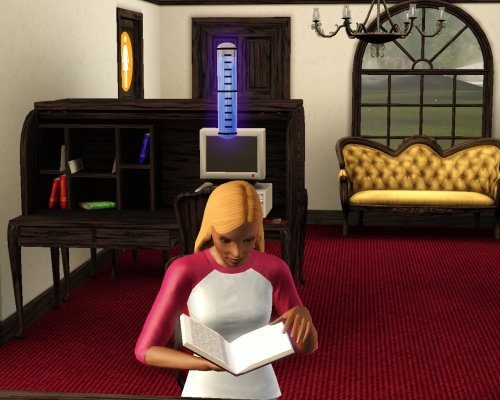 THIS is why Kyle was being so helpful! He wanted a pony for his birthday!

Have you heard that saying, “A star is born”? Well, this is Star. Isn’t she pretty? I love her four white stockings as well as her white muzzle and hair!

Mmmm, yes, mindless celebrity opportunities are mindless, but… only a half dozen more and you should get that fifth star! 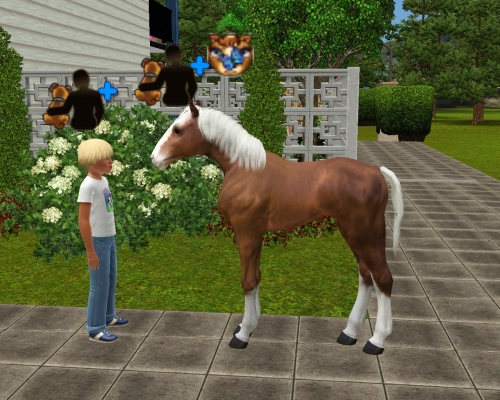 Now Kyle can bottle feed her and she doesn’t miss her mom so much.

Lily went to a fancy party and ate a tofu dog. Oh well, at least she got something to eat. 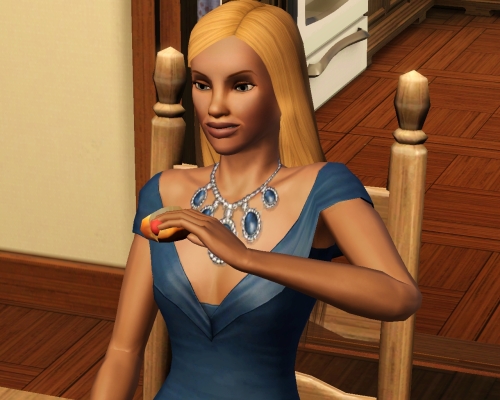 And what’s this? Yes, I totally missed the pics of Karl growing up. There was a new foal and a party and the paparazzi and… Karl took all day, but he got one step closer to the top of the logic rung. He’ll have to max that skill on his own, but we will get him his dream job before sending him out into the world.

Everyone has gone to bed for the night and so shall I!

One response to “More Growing”